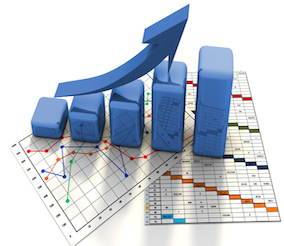 I love numbers!  They always seem so validating – especially when they are on the rise! We got our hands on the latest seller financing statistics for 2013, the top 10 producing states, and a preliminary analysis of the impact of the Dodd-Frank Act on note creation for 2014.  You won’t want to miss this…

“Overall note creation continues to climb past levels we have not seen for 10 years. 2013 saw a 7.5% increase in notes created over 2012. This is a more realistic and sustainable growth rate for the foreseeable future,” reported Scott Arpan, President of Advanced Seller Data Services (ASDS). 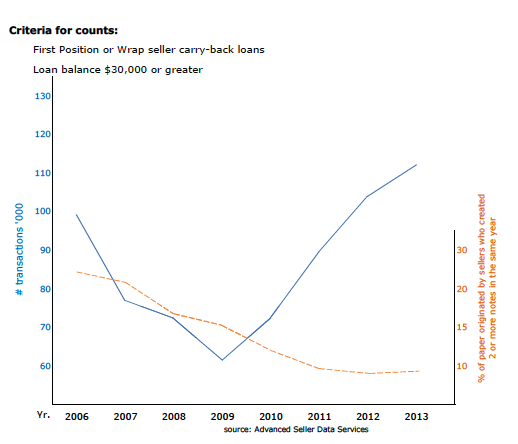 Want to read the full stats for yourself?

You know the old 80/20 rule where 80% of the results come from 20% of the causes? Well it applies to note production too.

There were 10 states that made up 63% of the note creation (OK technically that is a 63/20 rule but you get the point).  Here are the top ten producing states for seller financed notes in 2013… and you guessed it – the order looks the same as last year:

So what about 2014?  Will the new seller financing regulations brought about by the Dodd-Frank act change the trends?

Here are some important insights from Scott Arpan at notesellerlist.com:

Early assessment shows Dodd-Frank may not have much impact on current note creation. The large majority of sellers creating multiple notes left the market by 2011. Since 2011, the number of sellers creating two or more notes in the same year has been flat at about 10% of annual note creation. That percentage rises in the range of 12 to 15% if considering two or more notes were created within 12 months of each other.

The records pulled for analysis were from January 10, 2013 to May 1, 2013 and for the same dates in 2014 after the new regulations went into effect. Due to seasonal cycles in note creation, year to year comparisons are more meaningful for analysis.

Overall, 4% of sellers who originated a note after new regulations took effect, created four or more notes within a 12 month period. Slightly down from 4.5% of seller’s carrying notes in the same period of 2013. It is possible this reduction is due to sellers that are creating notes in entities of different names which would not be detected by our program.

Do any of these numbers surprise you? What are you seeing in your own local markets? Will this change how your market? Let us hear your feedback by leaving a comment below!