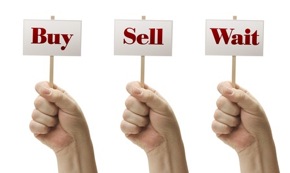 I will never forget the first time I was asked this question by a potential note seller.

“Should I offer a discount to the payer before I try selling my note?”

I was silent for what seemed like minutes. In reality, it was only a couple of seconds before I replied but during those seconds my mind was racing.

Of course I was thinking…

“If the note holder makes an offer to the payer; I may never get the deal. Matter of fact, the payer will probably even pay the seller more money than I can as the note buyer. This deal is gone.”

On the other hand, better to get it over with than have the payer find out later and sideline the whole note sale.

“Yes” I responded, “It is in both of your best interests to see if that is a viable option first.”

*(I have rounded the numbers to make up for both ease and my memory loss ?)

Of course, the reality of the situation is that it is rare the payer will have the ability to pay off the private mortgage – even at a discount.

What happened after that was even more interesting…

The payer declined on paying off the promissory note early. Although they were interested, they were not sure “how” they could come up with the money.

The seller came back to me a couple of days later and said he was ready to proceed with me for the $63,000 purchase price.

Now, a typical note closing will take about 3-4 weeks. It really just depends on how quickly some of the due diligence can be completed (waiting for title, appraisal, etc).

Anyway, we were just about to close (about 5 days away) when the seller called and said that the payer had the money and wanted to payoff the note.

At this point, things could have turned ugly for me…

So what happened on buying the note?

Well, the seller told me, “Fred, we had a deal. If there is something you can do with [payer] after you complete this note buy I would appreciate it.”

I think the seller did right by me because, in the very beginning, I did right by him. Sure, that may not always be the case with every seller, but it was here.

In the end, I allowed the payer to payoff the note at a discount right after buying the note. I received one monthly payment and accepted $65,000.

I probably could have brokered the deal and made a few more dollars, but it was important to do the right thing. It may sound old-fashioned, but I really do think things like that come around in the long run. Call it “Note Karma.”

Do you have your own Note Karma story? Share in the comments below!