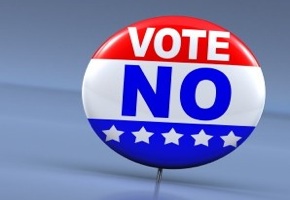 There is growing and legitimate concern over how Bill HR 1728 would severely restrict seller financing. Be sure to read this informative update.

Suffering from whiplash, banks are clutching tightly to funds and routinely declining home mortgage loans. Individual sellers and private investors are forced to think creatively by offering financing terms to anyone that is less than an A+ borrower.

The Mortgage Reform and Anti-Predatory Lending Act passed the house on May 7, 2009 and was received in the Senate on May 12th. It was then read twice and referred to the Committee on Banking, Housing, and Urban Affairs. While the official status has not changed we wanted to pass along an informative update.

One of our readers was kind enough to post a comment on our original article post entitled How Congress Wants to Change Seller Financing.   The following provides the reader’s comment including a response from the National Association of REALTORS®:

Thank you for forwarding us your concerns regarding seller financing. We understand that the restriction of 1 seller financed property every three years is of great concern to our members, and NAR greatly appreciates receiving all of the comments related to this topic.

First, please know that H.R. 1728, “The Mortgage Reform and Anti-Predatory Lending Act of 2009″, will not be taken up by the Senate any time soon. Senate Banking Chairman, Chris Dodd, has indicated this a couple of times over the last few weeks, with his latest comments appearing in the May 26th release of Inside Regulatory Strategies. In the article, an industry executive is quoted as saying that this is “deja vu all over again”, referring to the 2007 anti-predatory lending bill that was sent to the Senate and died due to inaction. Moreover, Chairman Dodd indicated that “this issue is not on his ‘mustdo list’, which includes credit card reform, financial modernization, and the oversight of TARP.” Senator Dodd goes further and states, “he’s not minimizing predatory lending, but the financial crisis has pretty much collapsed the subprime market, where the majority of abusive and predatory practices took place.”

Second, when the original language for H.R. 1728 was introduced, REALTORS® faced two significant issues: 1) being included in the definition of mortgage originator, which would have required additional licensing and educational requirements, and 2) having all consumers that finance the sale of their real property required to be licensed to do so. We worked hard, and successfully removed the requirement of REALTORS® licensed / registered as mortgage originators, and to allow seller financers not to have to register, or get licensed, to sell their own real property once every three years. Please note that: 1) NAR worked for a full exclusion for seller financers; however, had to accept the current language as a compromise or there would have been no exclusion, and 2) That the language does not prohibit consumers from financing the sale of more than 1 property every three years. If the consumer wants to finance more than 1 property every 3 years, they will have to be licensed as a mortgage originator, and become subject to the rules within H.R. 1728. It was Congress’ contention that this requirement would severely constrain the possibility of seller-financing as a loop hole for the unscrupulous businesses that preyed on consumers during the housing bubble.

With all that said, I would like you to take the following two messages from this e-mail and NAR. First, the bill looks like it will die due to inactivity in the Senate. Meaning, these requirements, which are not in effect, will not go into effect anytime soon. Second, if the bill begins to move in the Senate, NAR will work diligently to have a full exclusion for seller financing added to the Senate’s version of the bill, or increase the limitation so it does limited harm to consumers that have to utilize this type of financing.

Please let me know if you have any additional comments or concerns.

Thanks again for your comments.

While this response is certainly encouraging we must continue to contact State Senators to let them know how we feel.  NoteInvestor is urging the Senate to Vote NO on HR 1728. For a sample letter visit Why Save Owner Financing From HR 1728?