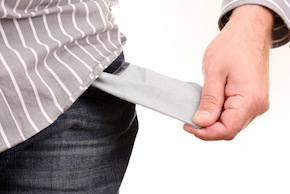 What if you could broker one note and make a big commission?

How many of those notes would you need to do a year? Matter of fact, I know that some people reading this right now have just this philosophy.

Some brokers or consultants will target larger notes in hopes of a big payday. After all, less work and more money sounds incredibly attractive, doesn’t it?

The fact of the matter is that if you are focused only on higher balance notes you will most likely never make the money you are hoping to in the note industry.

It is not uncommon for someone with a note balance of $30,000 to $50,000 to not be aware of too many note buyers. The seller contacts someone local or reads an ad in the paper. Conversely, someone who is holding a large note is going to do a bit more “investigating” when it comes time to consider selling.

This “shopping” of the note often has brokers and consultants squeezing their fees smaller and smaller to get a shot at brokering the note. Often times the brokers are not even dealing direct with the seller and this “daisy chain” of brokers eventually makes the deal un-buyable. Why? Every person involved tries to take a “fee.” Eventually there are just too many cooks in the kitchen.

2. Consultant fees are not always relative to the note balance.

It is more a question of how much of a fee can you make and still get the deal done.

For me, what drove my fee amount was the right amount for the seller. How much do they need? What is a fair amount for me to make as a fee? I have done large deals for not a lot of money – but any fee is better than none.

3. There are a limited amount of investors at the higher investment levels.

High balance notes that have seller carry back notes generally happen for a reason – and not usually a good one. Higher risk property (like a gas station) or a buyer with poorer credit than normal.

Investors are smart people. As much as the want to get as much money “out on the street” as possible, they are also very aware of risk. Sure, it would be easy to throw out $300,000 on one investment and earn 13% – but the risk is all in one property.

Instead of one note, it might be a bit better to “spread the risk” over a several notes – reducing risk as the likelihood of them all having problems in the future minimizes.

The reason I bring all this up is that I have seen numerous talented consultants live effectively paycheck-to-paycheck because they are chasing only big deals.

Conversely, I have seen consultants make a great living being happy with making $500 – $1500 on a single deal.

By all means, look for the holy grail of large notes where you can earn a bigger commission, but always keep in mind that the lion’s share of deals (and fees) will be earned on small to medium size notes.