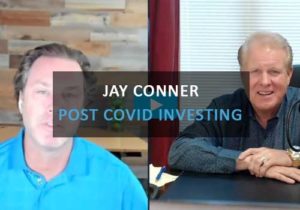 Transcript from the video…

Fred Rewey: Hello everybody! We had some time here and cornered the man himself, Jay Connor about his boot camps. You probably started to hear about these. So I wanted to kind of get you on Zoom because we can’t, you know, get together right now. And actually this is a little bit about what your whole event is about.

Jay Conner: Sure. Well, thank you, Fred. I appreciate you having me on here for a few minutes. So I’m here in Eastern North Carolina in a relatively small town called Morehead City, North Carolina. The population is only 8000 people. My wife Carol Joy and I started investing in single-family houses back in 2003. And the first six years we were in the business from 2003 to 2009, Fred, I relied on the local banks and mortgage companies to fund all of our deals. And I called up my banker, the third week of January 2009.

I had two houses under contract to purchase. Earnest money back then that I couldn’t get back and I called him up, my banker to tell him about the deals.

I’d had this kind of conversation many times from a banker for the first six years, told him how much money was the table to fund the and my banker went silent on me, which is never a good sign. And I learned in that conversation that all my funding and lines of credit had been closed with no notice. So myself, along with the rest of the world was cut off.

Well, within two weeks of being cut off from the banks, I was introduced to this wonderful world of private money. And so I put my private money program on steroids and I was able to raise $2,150,000 in less than 90 days of learning about private money.

So since February 2009, I have not missed out on a deal because I didn’t have the funding. I don’t do a lot of deals. I do two to three deals a month. Here in our local market, total target markets, only 40,000 people, but our average profit, Fred, per deal is $67,000 per single-family house and we’re doing that with a median price point of only 225,000.

So obviously we have to find these very attractive deals, and we have to have the funding ready to get it.

Fred Rewey: Right. I guess this is going to be a two part question. I want to talk about what are you doing now. Because we know what you were doing before all this started.

So how has this affected your business in the last say, three, four months? And also, are you still able to do business?

And then also, what about going forward? I mean, what are you seeing for the rest of 2020?

Jay Conner: Yeah. So there’s a two-part answer to how it’s affecting the business. As far as the private money and the funding, I actually have more funding for my deals chasing me than I did prior to Coronavirus. I mean, people have lost a lot of money in the stock market and they’re looking for a safe place to put it and real estate has gotten that answer. As far as the amount of transactions we’re doing—it’s not going up. It’s not going down. We’re getting just as many—actually I’m getting a few more motivated sellers and it’s all off-market for sale by owners.

Most of the people still want us to come take a look at the house. So in our area, we’re not in like total shutdown mode where we can’t go to houses. However, I’ve got a number of students across the nation that are doing virtual showings. They’re using Google duo app. They’re using FaceTime for the virtual showings. So our business has not slowed down one bit.

Fred Rewey: Going forward, you know, the rest of 2020 I mean, obviously everybody’s worried about the economy. People are worried about the potential to the real estate market, what do you kind of you know, and I know there’s no magic crystal ball, but we all agree on one thing and well you and I talked about this before.

We all agree that there is an unprecedented opportunity or a rare opportunity going forward. Like every decade, every two decades, you know, when something happens; this much of a significant economic shift only happens once in a while. How do you see that playing out for you in the rest of the year with the potential of unemployment, real estate prices, etc.

Jay Conner: There’s going to be a huge opportunity to serve a lot of people in foreclosure for two reasons. Number one, as we know, foreclosures, you know, have been shut down for a while they put a put a stop on that. But as my grandmother would say, Fred, all they’re doing is saving up spit, that stuff ain’t going away, right.

So we’ve got this buildup of foreclosures that have people that are already in foreclosure. And then on top of that, with the millions of people that had been laid off, there’s going to be even more people going into foreclosure because of that. So there is going to be a wave— I don’t know how big but it’s going to be bigger than it’s been in probably 10 years.

There’s going to be a wave of foreclosures coming along and it’s for that reason—one of those free events that we’re going to talk about that I’m spending a whole day on the foreclosure business, how people can get ready to serve a lot of people and to you know, profit as well.

Fred Rewey: Now you just lead into my next question, which talked about—you have three events coming up. Three, free, full-day boot camp.

So when you told me about these, and you said, you’re doing these free, three Fridays in a row, and I thought, okay, great, you know, what are you going to do in an hour or so. But these are full days, and there’s no cost to go to them.

So tell me a little bit about the events and what made you even think of doing it? And certainly, I mean, there’s giving back, the guy that you know, donates an hour. There’s another when you’re talking about three full days, that’s a lot of information…and they’re not the same topic, three different days.

Jay Conner: That’s right. So the first three days—so these are three Fridays in a row May 22, May 29, and then June 5, and they are full days 9am to 5pm. It’s going to be virtual. So, you know, your people, as we just said, will be able to register for free.

The very first Friday on May 22—all that—so all three days Fred are going to be framed around how to not only survive but thrive in the midst of having to stay at home in the midst of Coronavirus and all that. So the first part is going to be focused on private money, getting funding for your real estate deals, whether it’s single-family houses, commercial, etc. and how to be positioning yourself to get this funding ready to go.

So that when the big opportunities do come right around the corner, you’re going to be able to take care of it. I mean hard money lenders by and large are shut down. Banks have tightened up even more, so private money and that is my specialty right there. Private money has nothing to do with your credit, nothing to do with your verification of income, etc. So that first part is focusing on that.

The second free Friday on May 29. As I mentioned, I’m going to spend a whole day focusing on the foreclosure business, how to locate these opportunities to serve people before other real estate investors even know that these properties and opportunities exist.

How to position yourself to not only find them, but how to have conversations with these people that are, you know, just in shutdown mode, and how you can also get your deals funded on these deals without even having to necessarily use private money on these particular foreclosure deals.

The third free Friday is going to be focused on what I call free private money, how to find free private money and get more funding for your deals as well. Again, how to do this in the midst of Coronavirus and even though our country in certain areas is starting to open up and is opening up, in my opinion, we’re not going to be coming out of this as far as the economy goes and etc. for some time.

So how to position yourself, these three Fridays are for brand new real estate investors and also for seasoned real estate investors that are looking for more funding for their deals and as well how to find off market deals of motivated sellers again in the midst of and on the other side of Coronavirus.

Fred Rewey: We like it and I want to congratulate you for giving back so much of your time. Like I said, a lot of people are doing an hour webinar but three full days for free is pretty impressive and obviously a lot of content.

You can’t have a lot of fluff when you’re doing that. So I think it’s going to be pretty neat. I definitely think everybody, whether they’re in real estate or whether they’re looking at their own strategies going forward, I think everybody’s going to have a lot of takeaways from it. And that’s really what it is. I mean, I go to a lot of these things. I watch a lot of things because if I get just one really good idea that I can implement, then it makes a difference. And if you’ve got three days, well, then I’m sure I’m going to have a notebook full by the end.

I know, you’re busy and I just want to say thanks. I wanted everybody basically in our audience to kind of know who you are, know about the opportunity, know about the three free days to attend. Is there anything else you wanted to mention before we sign off here?

Fred Rewey: Yeah, look, we’ve been buying notes for over 20 years now. So we see opportunity and we purchased real estate in the past to merge with our note strategies. We see opportunities on all sides of this, so we’re looking forward to it.

Jay Conner: That’s awesome. I look forward to seeing you and seeing Tracy there. And thank you so much for having me on.

Fred Rewey: All right. Thanks, everyone!

Note: The three days of free seminars have concluded. We invite you to subscribe to our newsletter for future webinars.

This post also includes affiliate links where we may make a commission at no extra cost to you should you make a purchase of any trainings or products.